The Humanity in Science Award 2017 will be presented by KNAUER

The Humanity in Science Award is an international research prize worth USD 25,000 that recognizes and rewards scientific breakthroughs that can substantially benefit human lives.

The prize was launched in 2014 by the specialist magazine ’’The Analytical Scientist’’ and has been awarded annually with the support of an industrial partner. This year’s partner is the Berlin laboratory instruments manufacturer KNAUER Wissenschaftliche Geräte GmbH, which is celebrating its 55th company anniversary in 2017. The prize will be presented on October 2nd in Berlin as part of the KNAUER anniversary celebrations, attended by leading personalities from science, politics and the laboratory industry. 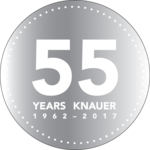 ’’We are very proud to be able to present the Humanity in Science Award this year together with The Analytical Scientist. We fully support the idea of recognizing technologies, processes or products that have a positive impact on humanity. Honoring the creators of such developments or research is a great pleasure for us,’’ says Alexandra Knauer, Managing Director of KNAUER. The special feature of this research prize is that the submission is open to projects in all research fields and branches of the analytical world; for example, new solutions to improve the supply of water and food, more effective means of treating widespread diseases, such as malaria, or contributing to solving energy and environmental problems all have a chance of taking the prize. The main criterion is an improvement for mankind.

’’We have just entered the final phase of the judging process. All nominations have been assessed, and a shortlist has been passed to the international jury of leading scientists and experts, who will rank the shortlisted entries. After meeting the inspirational winners of previous Humanity in Science awards, I am very much looking forward to finding out who will be taking home the prize from Berlin,’’ said Rich Whitworth, Content Director of the Analytical Scientist (Texere Publishing). The winner will receive the award from Roswitha Knauer, who founded the company KNAUER in 1962 together with her husband, the chemist and developer Dr.-Ing. Herbert Knauer. More information about the Humanity in Science Award can be found at

KNAUER produces liquid chromatography devices for analytical and preparative HPLC, osmometers and high-end chromatography systems for SMB and FPLC. Together with scientists in the laboratory, KNAUER develops innovative and individual solutions. The company has always set itself the goal of offering scientists the best tools for their research tasks.

Specialist global magazine ’’The Analytical Scientist’’ (from UK-based Texere Publishing) has seen great success since its inception in 2013. It differs from other trade journals because it focuses not only on the science, but also on the impact, as well as the people and stories behind developments in the field.

We are happy to help you